The new town center and “plaza” is online and it is very relevant to today’s marketers in the new global village. In March 2011 we asked consumers to “please tell us how important to you the following reasons are for using social networking sites like Facebook or Twitter?” Respondents answered on a 5 point scale from “not at all important” to “extremely important.”

The two reasons for using social networking sites that stood up most significantly were: “Keeping up with new trends,” and “asking friends and relatives about their opinions on products to buy.” The graphs below summarize the aggregated percentages for the top two points of the 5 point scale.


Keeping up with New Trends 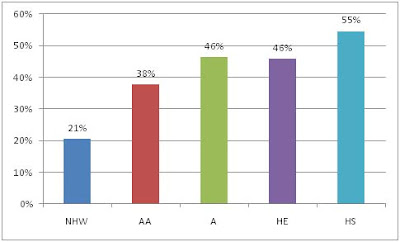 Asking Friends and Relatives about Their Opinions on Products to Buy 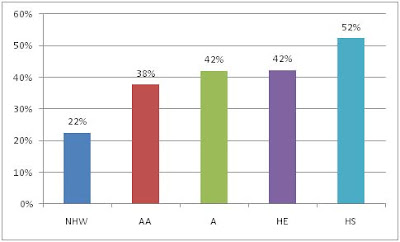 Minorities in general are more likely than non-Hispanic Whites to say they use social networking sites for keeping up with new trends and for interacting with friends and relatives about their opinions on products to buy. Latinos who answered in Spanish to the survey are more likely than anyone else to endorse these reasons.

There are several important implications of these findings. First, as we have seen in other results from similar surveys, emerging minorities are more engaged with the new media and are likely to use it as a source of information for their lifestyle and consumer behavior. This speaks strongly to the importance that marketers need to place in being where these consumers are, i.e., social media. Brands that facilitate interaction seem likely to have an advantage as that plays directly to what is important to these consumers.

Further, Latinos who prefer Spanish are even more engaged with social networking sites for obtaining guidance and knowing about things like fashion. While Spanish dominant Hispanics have lagged in the adoption of online technologies, they are now fast adopting them and once they adopt these technologies they seem to strongly depend on them. The synergies of social media and traditional electronic and print media are likely to be important and should be capitalized upon to create conversations and discussions. The virtual social world is opening enormous possibilities to people, and it is creating a new system of influence. Growing minorities appear to be eager to break traditional barriers.

Opinion leaders among these emergent minority groups are very likely to have an impact on their followers who share their background, but also on others who frequent social media sites. Thus, these minorities are not only finding a town center or “plaza” online but are likely to also be affecting a larger social milieu because of the very public nature of social media.
Figuring out the role of social media is still an ongoing challenge for marketers. They should start paying close attention to what is happening in the virtual marketplace. Understanding flows of influence in online networks can be crucial for the marketing of the future.

The data for this study was collected during March 2011. This online sample was comprised of 500 respondents per segment, for a total of 2,500, based on quotas by gender, age, and geographic location. DMS Insights managed the sample and data collection and they graciously contributed their effort to the academic program of the Center for Hispanic Marketing Communication at Florida State University. This study was conducted by the faculty and students of the graduate Multicultural Marketing Communication course offered by FSU.
Posted by Felipe Korzenny at 1:39 PM